Checkout all the excitement here

Indigenous women and girls have been recipients of violence at astounding rates for a very long time. This is related to a long road of past government policies such as Boarding Schools and the informal but government supported policy of placing indigenous children in non-indigenous homes. US history is replete with trying to “help” Native peoples become more like the dominant society.  However, our governments have been neglectful with regards to the judicial system.  The General Crimes Act of 1817 and the Major Crimes Act of 1885 limited tribal jurisdiction over their own land and peoples:  a serious blow to tribal sovereignty. These federal policies require the federal government to investigate and adjudicate a variety of crimes committed on reservation lands. However, the vast majority of Native Americans do not live on reservations. Today the missing and murdered indigenous peoples span our geography. This talk will focus on the judicial gaps that lead to unsolved crimes against indigenous peoples.

Copper Rock is providing the venue at no charge, so please buy food and beverages to enjoy throughout the meeting! Come early if you want to order food--the program will begin promptly with LWV announcements at 5:25 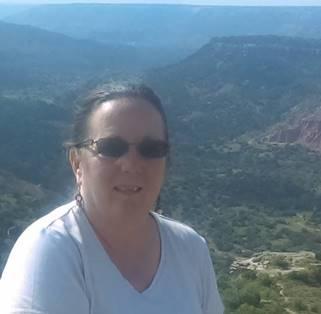 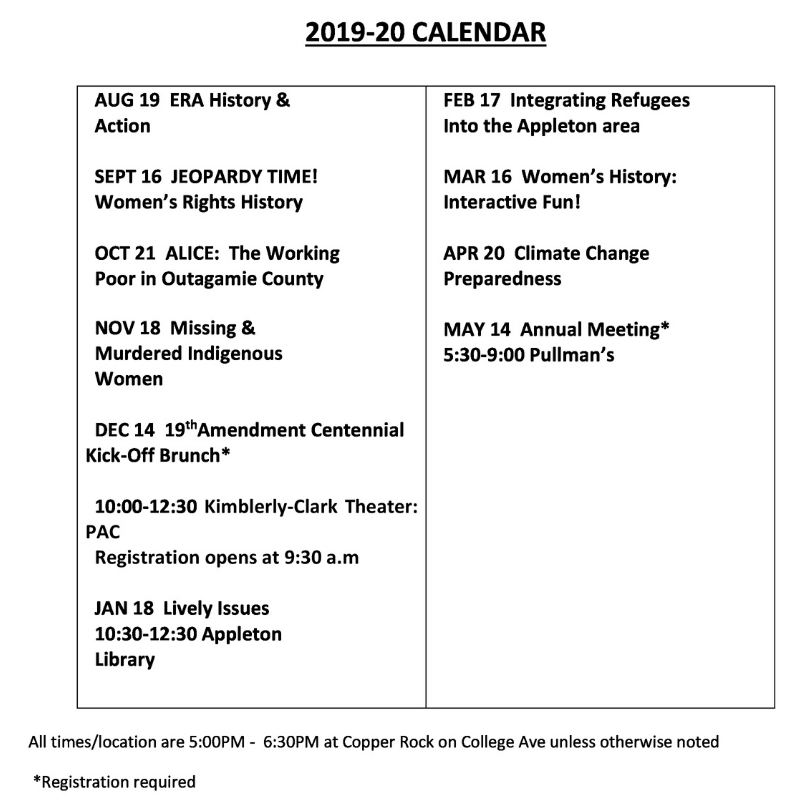 The League of Women Voters is a nonpartisan, grassroots, political organization established in 1920 that advocates for informed and active participation in government. Our members are women and men who work to improve our systems of government and impact public policies through education and advocacy.

The League neither supports nor opposes candidates for office at any level of government. At the same time, the League is wholeheartedly political and works to influence policy through advocacy.

Are you looking to get involved? Join us to make democracy work!

Submitted by Appleton in February 2019.

LWV Appleton Was Very Busy in 2018

League of Women Voters ® of Appleton